Phobia fear of holes, also known as trypophobia, is one of the most common phobias that people might have. Read this article to know more about it!

Are honeycombs or bubbles something so frightening that may scare people to death?

But the case is different if you have a phobia fear of holes, or trypophobia. You might be extremely scared or anxious whenever seeing clusters of holes or cracks.

Scientists think trypophobia is no longer a mere phobia but becoming a social contagion, mostly thanks to the Internet.

Phobia Fear of Water? This Is a Helpful Guide to Overcome Aquaphobia

If you are curious about such a phobia, let’s scroll down!

Like other phobias, trypophobia causes suffers to feel frightened or disgusted when they are exposed to trigger objects, which are things with holes in this case.

A unique thing that sets trypophobia apart from others is it tends to be highly visual. A small image of holes on the Internet or in print is enough to arouse deep anxiety.

There are specific symptoms, both physical and emotional, including intense fear, nausea, trouble breathing, etc.

There are some theories about the causes of phobia fear of holes as follow.

One popular theory suggested that trypophobia might stem from unconscious associations of holes with dangerous things, for example, diseased skin, parsaties, or venomous animals.

In a 2013 study, scientists wanted to investigate the difference between how trypophobia suffers and normal people respond to certain stimuli. The result pointed out that people who do not have fear of holes immediately think of honey or bees when seeing a honeycomb.

Meanwhile, researchers believe that those with trypophobia unconsciously link the honeycomb with dangerous creatures that look the same, such as rattlesnakes. That was what caused them to feel disgusted or scared.

Another study proposed that the anxiety we feel when viewing trypophobic objects was more related to the visual patterns than to subconscious associations with danger.

Simply put, you are scared because these patterns look unpleasant to the eyes.

Treatments Of Phobia Fear Of Holes

There is no treatment known effective against any phobia in general and trypophobia in particular. However, some methods are tested to reduce the symptoms to a certain extent.

This is one of the most commonly suggested treatment for some phobias, including trypophobia. It involves looking at the images of trigger objects until your brain no longer see its as a danger, or you are no longer that scared. Gradually, you can even touch the source of your intense fears.

Exposure therapy can be done at home. What you need to do first is to close your eyes and imagine something you fear, for example, a seed pod.

Once you can think about trigger objects without a response, move on to the next step, in which you will look at the image of them. The last step is to see and touch the object in person.

In this treatment, you will work with a therapist to find out what is behind your fears. Discuss your underlying thoughts and your therapist may help to replace them with positive and realistic ones, then you are able to change your feelings or behavior.

Some relaxation methods, namely visualization, deep breathing, or muscle relaxation, are helpful in coping with the phobia.

Visualization involves envisioning something soothing. Whenever you come across a trigger, try to picture in mind a beautiful bouquet of flowers or so. It might help to calm you down and ease the symptoms.

Phobia fear of holes is arguably one of the most common fears that people experience. There is no specific treatment, but we hope some methods above will be helpful for you. 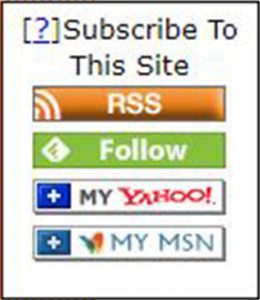